Bihar – An Important Link for Buddhist-Pilgrimage 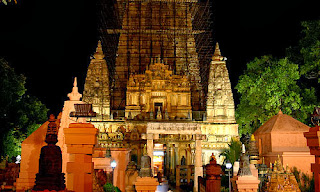 When we think of Buddhist India, we cannot miss out the prominence of Bihar. Derived from a Sanskrit word Vihara, literally meaning Buddhist place of abode, the modern day Bihar is etched in rich Buddhist heritage and culture. Anciently known as Magadha, the region became famous as the originator of the world’s greatest pacifist religion, Buddhism.
Located in East India, this destination is closely associated with Lord Buddha’s pursuit from ignorance to enlightenment.  The region’s historical and spiritual connection is evident from the fact that the Prince Siddhartha’s quest against ignorance ended in Bodhgaya after meditating for six years in continuity. He gained enlightenment here on this pious land of Bihar and became Buddha as known by everyone in the sixth century.
But Buddha didn’t limit his boon of knowledge to himself. He travelled and communicated his wisdom to his followers. His quest for truth also led him wandering through the kingdoms alongside the River Ganges, including Vaishali and Rajgir.
Present day Bihar still echoes the same sentient Buddhist essence like it did 2,600 years ago. The visit to Bodhgaya in Gaya takes the pilgrim to the Mahabodhi Temple, which is the epicenter of Buddhism. The temple, originally built by the Mauryan Emperor Ashoka is an important archaeological and a recognized world heritage site. The temple, over the centuries has evolved as an architectural amalgam influenced by many culture and features tall stone lotuses, figures of Lord Buddha sitting in different postures on temple walls, his footprints etched on the stone and a colossal golden Buddha statue inside the temple’s sanctum.
The next exclusive attraction of Bodhgaya is the illustrious presence of Bodhi Tree under which Lord Buddha attained enlightenment. Besides the presence of the revered Bodhi Tree, there are other canopied attractions in Bodhgaya where Lord spent his seven weeks in meditative trance. These include Chankramana, Animesh Lochana Chaitya, Muchalinda Lake, etc. Also, the 80 ft long Buddha statue in the meditative state overlooks the city.
The next important Buddhist attraction in Bihar is Rajgir. Anciently known as Rajagriha or the residence of the royal nobles, this was once a great city that still reminds a pilgrim many journeys and sermons of Lord Buddha. Here atop the Griddhakuta or Vulture’s Hill, Lord Buddha used to meditate and preach his followers. Venuvana Vihar, the next prominent attraction of Rajgir was the monastic complex donated by King Bimbisara to the lord. Also, here King Bimbisara was ordained into Buddhism by Buddha.
Amidst the modern day attraction, the city town hosts the Vishwa Shanti Stupa or World Peace Pagoda on the Ratnagiri peak adjacent to Griddhakuta. 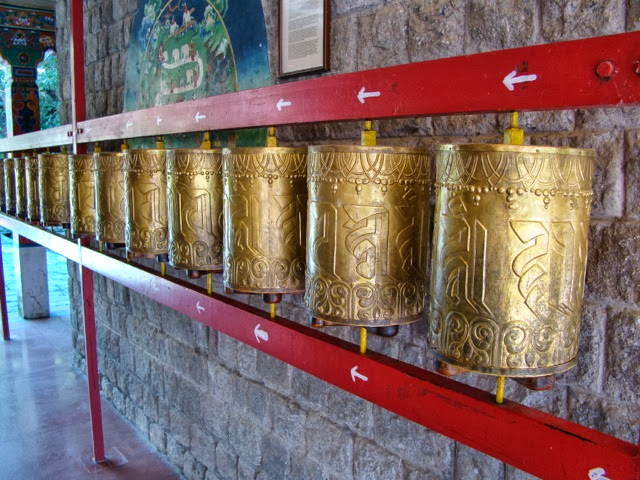 Vaishali, the next destination in Bihar is regarded as one of the favourite resorts of the Buddha. In fact, he visited this kingdom frequently and nearby this location, he announced his final Mahaparinirvan. Present places of Buddhist importance here include Ashokan Pillar and two Buddhist stupas enshrining the stone casket containing ashes of Lord Buddha. The next destination, Kesaria in East Champaran District features the world’s largest Buddhist stupa in the world. Here, the lord preached Kesaputta stupa.

Posted by Incredible India Tour at 03:32